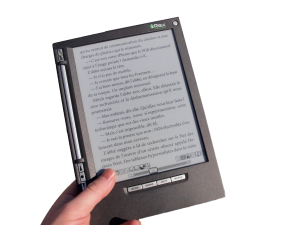 The commercial success of the device known as Amazon Kindle is nothing short of revolutionary on many levels. Let me delve into the matter of how this wonderful device is a technology boost for publishing gay science fiction.

I am a gay author and I wanted to share my gay science fiction with readers. The old-fashioned way of getting a book out to my target audience was not available to me. Major publishers in New York City tend to steer clear of genres such as gay science fiction for a variety of reasons–all of which have deep roots in some manner of prejudice against us gay men by the business world.

We gay men are accepted by mainstream American culture if we put on drag shows or fix people’s hair or focus on interior design projects. But, just try and get a gay science fiction book published and see how far you get.

You already know that the advent of the electronic book (eBook) preceded the launch of Amazon Kindle. But, Amazon Kindle revolutionized publishing. Period. No longer is it necessary for an author to struggle through the New York City-centric, old-fashioned methods of publishing a book. That path probably will be around for a while longer for just a select few authors. But, for the rest of us, take heart in the fact that there has already been a culture shift away from that outmoded method of book publishing to the new, improved, 21st century way.

If anyone tells you that an eBook published directly by an author on Amazon is somehow lesser than a book published through the old-fashioned method, don’t listen to them. Such people desperately are clinging to 19th century sensibilities and values. Look at the calendar. It is 2014. Those authors who know how to embrace the present century and its technology will have the edge over all other authors.

A few years ago, there was a brief commentary which speculated that Amazon Kindle might revitalize science fiction. Speaking as a gay author who wants to share gay science fiction with a target audience, I enthusiastically support this contemporary digital technology and encourage other gay writers to get started on reaching out to the worldwide gay male audience electronically as I have done.