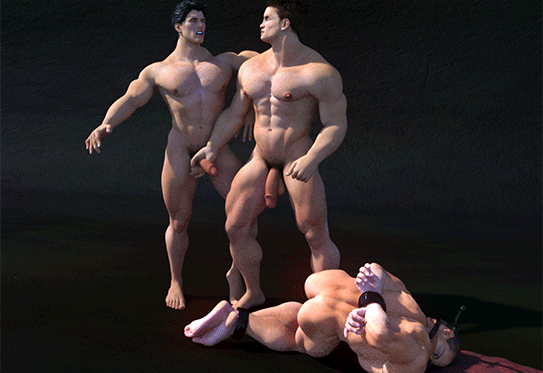 Science fiction is famous for characters, behaviors, and ideas that venture way beyond the envelope of conventional storytelling. These are well-known realities celebrated by science fiction writers and readers alike.

I chose to push the boundaries far beyond what I imagined some readers would find objectionable in science fiction written with gay male themes and characters.

The men in the fictitious world of tomorrow that I created for my science fiction time travel adventures are far more violent and preoccupied with sex compared to what we know to be true today of gay men.

The time travel agents I created find man-on-man sex pleasurable, yes, but they sexually manipulate men and specifically put men in peril as an integral part of their secret mission to change the past. Sometimes they behave like they are bullies. Sometimes they force themselves sexually upon unwilling men. There is sexualized violence in this fictitious world of tomorrow that I have created. Are you ready for any of this?

Sometimes it is important to go where no man has gone before, as you’ve heard it said. I interviewed Star Trek creator Gene Roddenberry in Los Angeles decades ago when I was producing a radio documentary. He admitted to me that he had deliberately toned down the depictions of human sexual behavior and moral codes of Captain James T. Kirk and other characters in the original Star Trek. Roddenberry was not hesitant to tell me that he wanted the audience in those days not to be put off. But, here’s what he as a writer believed would in the future become acceptable sexual behaviors and moral codes: People will have sex with whomever they chose and not have to deal with societal guilt trips.

I chose to be more fluid and dangerous with depicting human sexuality than Roddenberry allowed with Star Trek from the 1960s to his death in 1991. I depict gay male characters who enjoy sex with men and put them in storytelling situations in which they behave in ways we today would consider to be sexually immoral and in direct violation of many current laws. I believe that morale codes and laws in the future within the science fiction time travel adventures I’ve written will barely resemble what we’ve got today.