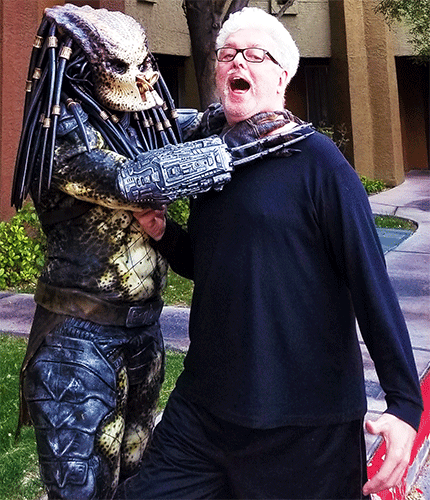 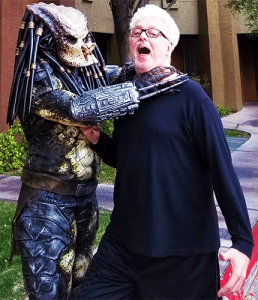 My works as storyteller and illustrator Madeira Desouza began with a dawning light during what was a very dark time for me.

Others who produce creative works have expressed difficulty understanding where their inspiration and drive come from. I do not know where to look for what compels my creativity. I only know that I create because I must.

I am guided by the imperative to create. That guidance brings my creative works into the light of day.

I accept that I do not have the ability to control either my creative instincts or my passion to create. Sooner or later what’s in me or what’s passing through me from somewhere else always emerges in my creative works.

Baja Clavius: Moon Men Deep Inside, my full-length novel, was born in 1990. That was the year I acted upon my decision to get a divorce. Over the span of a dozen or so years in a marriage to a woman, I had to admit to myself that I had made a terrible life choice. I could not admit to myself or to the world that I was gay. So, I chose instead to be fake straight. I got married to a woman thinking that do so would provide validation for my false belief that I was straight.

Pretending as I did is precisely what conservatives from the Religious Right and other quarters say is the preferred way to live. But they are entirely wrong. The simple truth is that lying to yourself every day is not natural and doing so will end up costing you.

Straight people (religious or otherwise) seem to know very little about the day-to-day realities of gay sexual identity or what happens when a person feels attracted to another person of the same gender. The people who persist in seeing the world merely as they want it to be are living a false reality. It’s really that simple.

In 1990 I bought a laptop computer and started writing what grew over many years into Baja Clavius: Moon Men Deep Inside. I published an early version of my science fiction time travel adventure in eBook form on Smashwords, but I encountered overt censorship there, so I removed what I had posted and switched instead to Amazon.

I managed to learn how to accept the inner truth of of my life utterly and without hesitation. As a gay man, I realized in a decade of marriage to a woman that I had to correct what needed to be corrected.

Pretending to be something that you are not is unnatural, regardless of the motivation (religious or otherwise). Pretending causes internal pressure in your mind and body. Pretending affects your emotions and your body in very tangible ways. If you live a lie, you bring upon yourself mental health issues and physical health problems.

I chose to stop lying and to set myself free. I walked bravely out into the light of the truth.

Into the first decade of the 21st century I kept writing and revising the story of my life.  I released experimental and incomplete versions online specifically to generate audience interest and gather feedback that I could use to make revisions.

Smashwords initially published my novellas. My storytelling and characters in my science fiction time travel adventures about the agency known as MMDI appeared online with those experimental titles—many of which continue to show up in online search results. In the interest of fully transparency, as a writer I cannot endorse or recommend Smashwords because they communicated to me that they wanted to censor my work. I removed all my work from Smashwords in response because I could not trust them. Nor should you.

The early 21st century was also the time when I began creating 3D digital art for gay men. I chose to jump the huge gap between being a self-repressed man who pretended to be heterosexual and happy to a genuinely happy, openly gay male who creates illustrated stories for gay men.

One of my early 2008 digital illustrations is “Mirrors”: 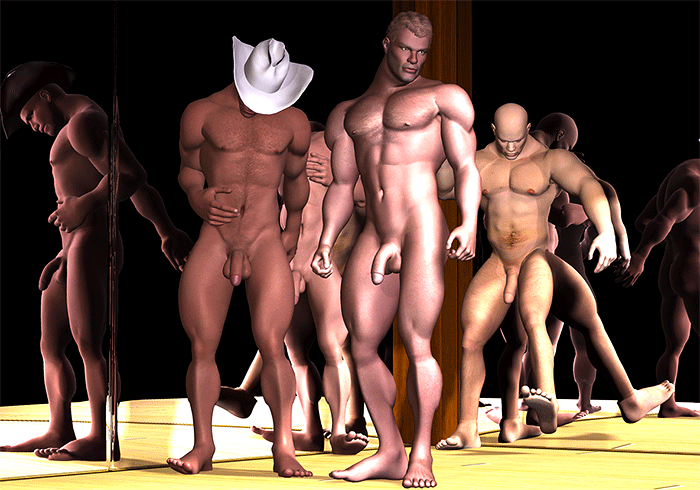 That particular work of mine attempts to depict a simple, yet elusive truth: There are many reflections all around us of ourselves. We can choose to see or pretend not to see what and who we really are.

In my storytelling I chose to highlight what happens when a gay man who is fake straight gets married to a woman. I made this storytelling choice so that this would be a cautionary tale from which readers can learn how to live in honesty.

My storytelling for gay men explores male sexual attraction to men; male tendencies towards aggressive behaviors, violence and exploitation of other males; the hunter-killer compulsion all male animals demonstrate; and, the truth that stronger men always enjoy dominating weaker ones.