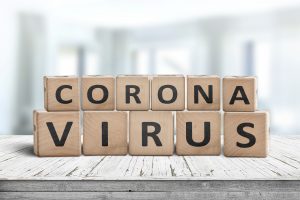 I accept my role as a science fiction writer is to entertain my readers but also to challenge them. So explains why I included this first-person narration by a time traveler in Chapter 3 of Baja Clavius: Moon Men Deep Inside:

I am on a mission to the last decade of the 20th century. My location is within the former United States of America. During the 21st century, this once unified democracy on Earth divided itself into independent territories following widespread fatalities and economic havoc caused by a highly contagious virus. Elected officials who held power at that time fractured the unity of the nation by failing to prevent hundreds of thousands of deaths of everyday people.

If it is not already obvious, what I am attempting to say in that first-personal narration is simple: As a science fiction writer, I hold the strong belief that my country, the United States of American, may not survive intact in the wake of the ongoing worldwide health crisis brought on by the COVID-19 coronavirus disease.

Many science fiction writers have taken the time to comment on what may happen to life as we know it on planet Earth. I certainly am not the first or only writer to express heartfelt fears that the deep political and cultural divisions which exist today in my country may end up tearing the country apart.

My sincere hope is that my country survives intact. I am convinced that a substantial change in terms of national leadership skills and decision-making in both the White House and in both chambers of the U.S. Congress absolutely will be required to keep my country intact over the coming months and years. No matter what any individual person’s chosen beliefs and values may be, the best path to surviving the ravages of COVID-19 will only be found in a genuine acceptance of medical science research and findings.

My recommendation to voters in the United States of America is to participate in the 2020 national election and specifically to vote out Donald Trump and all the Republican Members of Congress who chose to enable his divisive tactics since Trump became president in January 2017.

1 thought on “Possible Future of the United States of America”